Craft Brews proudly organized Malaysia’s First Annual Craft Brews Beer Festival! Beer fans geared up their taste buds for full-flavoured, hand-crafted and unfiltered craft beer which debuted in Malaysia recently. Craft Brews is a brewhouse and restaurant with the concept of serving top-quality craft beers that are both distinctive and rare to the local beer palate yet calming and familiar to the palates of expatriates residing in Malaysia. 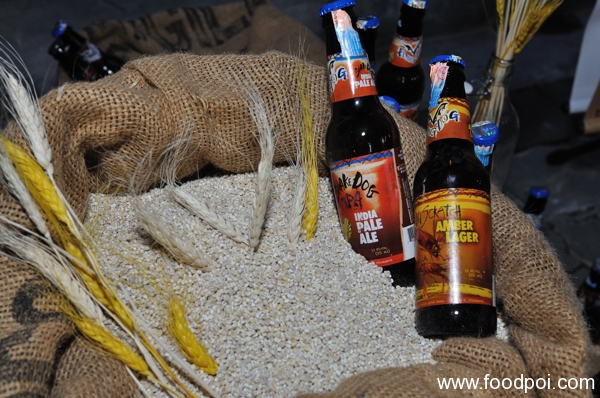 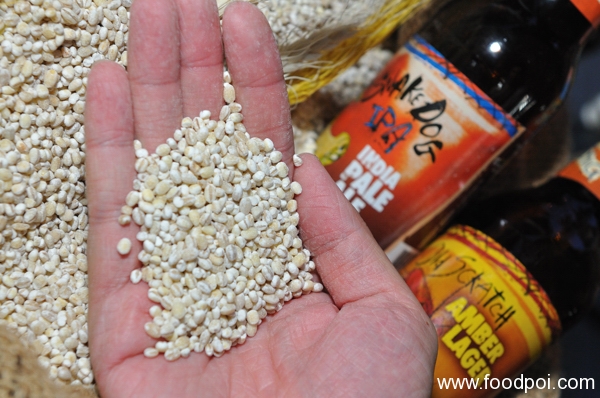 For those who are wondering what is craft brewing, it is an approach to brew beer of the highest quality. It emphasises on its versatility and the often overlooked range of textures and tastes. Craft beer is discerned by what’s distinctive and flavourful with an increased percentage of specialty malt and hop ingredients, not found in the typical light lager style of beer so popular throughout the world. It takes a whole new approach on brewing beer with art in mind and not solely based on profit. 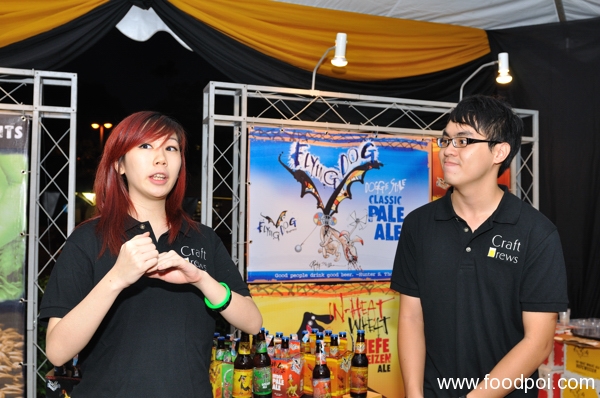 Craft Brews Beer Festival was not only all about celebrating craft beer but also a ‘beer-ducation’ of sorts too. The objective of this festival was to gather beer lovers and the beer clueless by extending to them the knowledge and understanding of craft beer which is still relatively new in Malaysia. 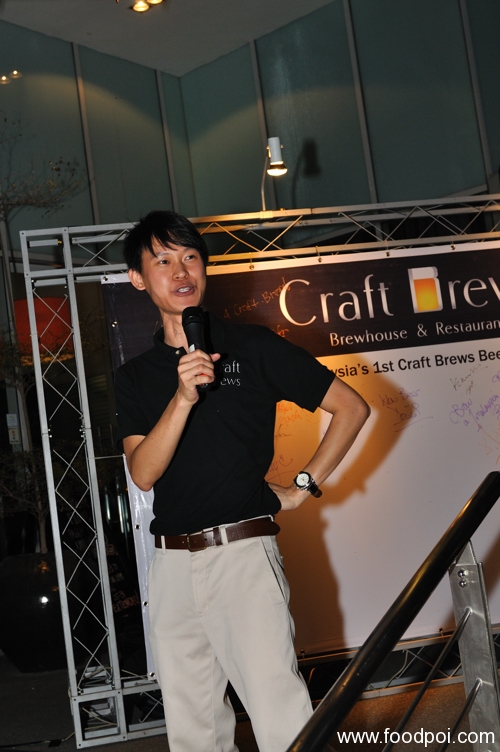 “Malaysians no longer have to settle for lesser quality beers. Craft beers are pure, more refined and brewed with superior quality ingredients. No chemicals, preservatives, and additives are used. Simply put, they are the better things in life and an affordable luxury,” expressed Benjamin Chong. 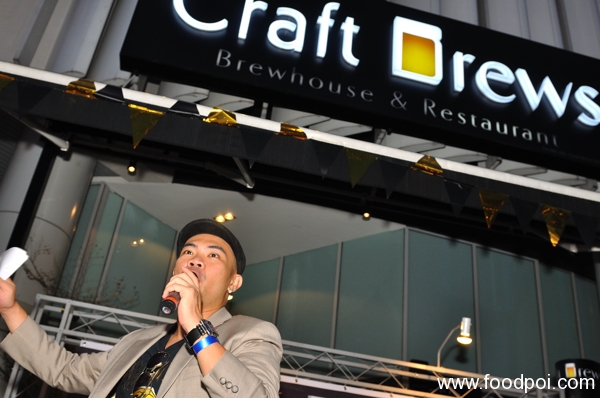 MC Of the night Liang entertain the crowd

With a fun packed agenda for the day, there was never a dull moment for the media and guests. Everybody was charmed by the ever-entertaining Liang that took to the stage and got the guests minds in motion during a mini quiz sessions before the event began.

Brewmaster Ernest Ng specially flew in from Singapore to share with the media and guests about the riveting history and unique techniques of brewing the best craft beers. 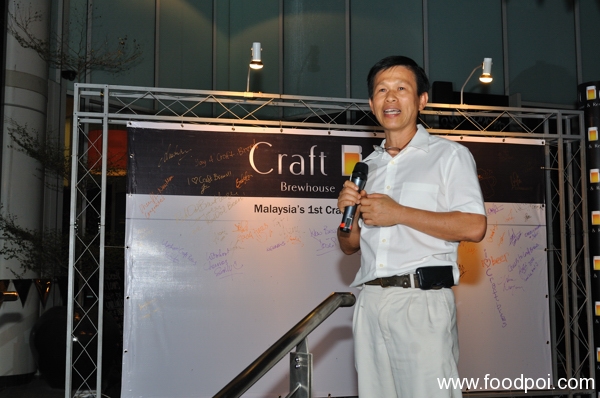 Personally, he has managed to alter the taste of the green beer which initially originated from China to cater to local taste buds by incorporating Spirulina calling it the Monster Green Lager which is one of Craft Brews famous lagers. Brewmaster Ernest also expressed that “When you brew, you have to decide what flavours/aromas you want to show through”.

Soon after the theory lesson with Brewmaster Ernest, it was time to get the media and guests up on their feet and tantalize their taste buds by taking them on booths tour. They were split into four groups comprising of Blue – Doggie Style, Red – English Ale, Green – Monster Green & Yellow – In Heat; which are also among some of the names of beers available at Craft Brews. Each group was guided to different booths which housed the top three brands of beer served at Crafts Brews and they were given the opportunity to sample and taste the craft beer whilst their guide explained and answered questions posed by the groups. 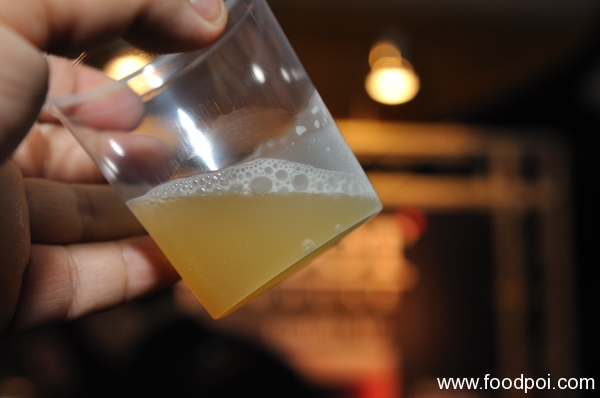 “There is as much art in the appreciation of beer as with wine. In fact, there are a lot more different beer styles than wine does in itself. Tasting beer helps one learn the unique differences and discover the many magic of each,” explained Benjamin during the beer sampling session. 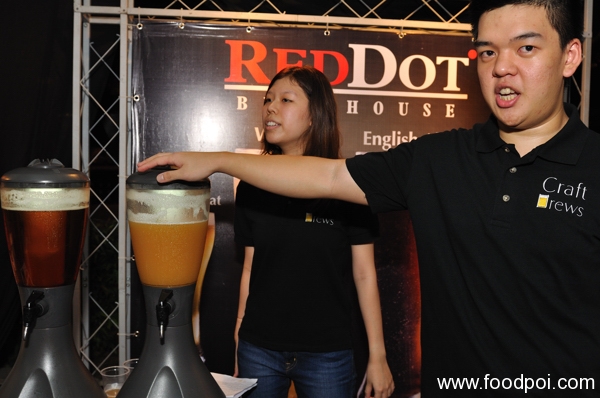 The fun didn’t stop there as after everybody had their taste buds tingling with a new found appreciation for craft beer, they were put to the ultimate challenge during the games session of the night. The media and guests remained in their respective groups and were challenged to a 3 part games series comprising of a Craft Brews Trivia Challenge, Beer Relay and Swing Cheers competition testing their knowledge, wit, endurance and skills.

The groups were in it to win it as they all brought forth their A-game and battled it out with one another for the prizes. Among the prizes given out for the games portion of the night were from the Flying Dog Ale range comprising of a case, several 6-packs and 15 bottles of beer. 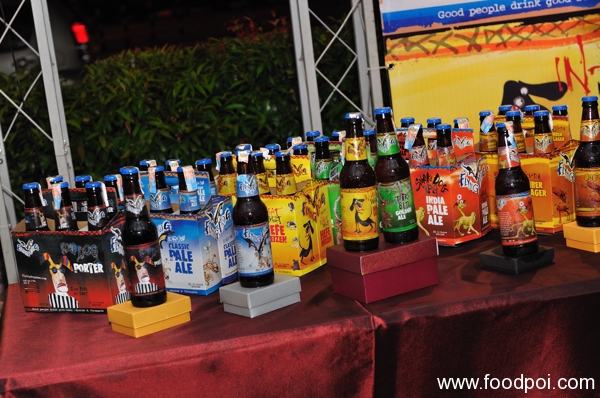 After all the fun and games, guests were then treated to a bevy of finger food and free flow of craft beer till the end of the event. Ultimately the aim of Malaysia’s First Craft Brews Beer Festival was achieved as everybody left feeling more knowledgeable with a better understanding and appreciation for craft beer. Craft Brews successfully pulled of what will be an annual beer festival for sure. 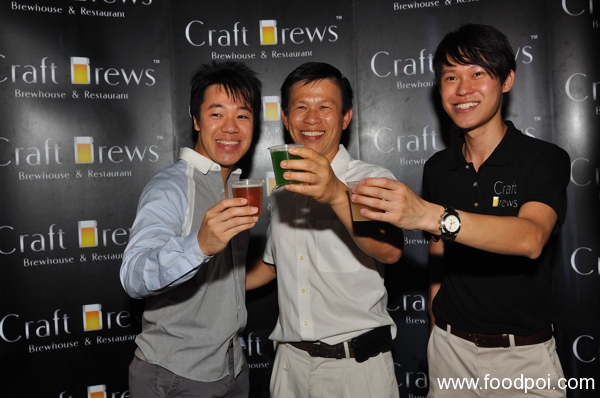 Cheers from The Management of Craft Brews and Master Brewer Ernest Ng. 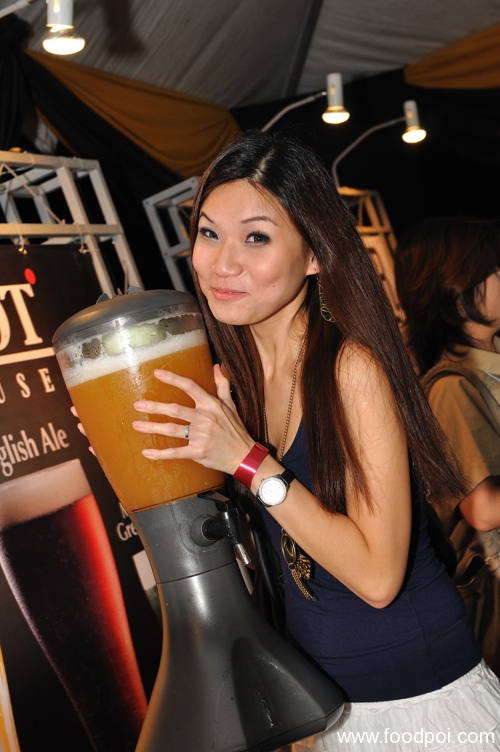 Bangsar Babe so happy with her keg of beer. Cheers!

Craft Brews are located at :